Girl! It’s time! Time to take back YOUR life and consciously create the life YOU really want! In this video coaching series we will work together to fully understand what YOUR AMAZING life looks like. Then we will walk through a simple 6 Step Design Process to get you well on your way to making positive, meaningful change that will create Balance, Passion and Abundance in your life! Let’s do this! 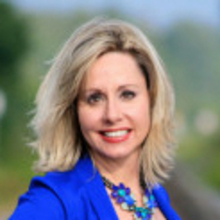 Diane Taylor is an inspirational speaker, coach, facilitator, and blogger. Her passion is to help people consciously create lives their hearts are longing to live.After spending 20 years in the corporate world as a Human Resources Professional she made the leap to becoming an entrepreneur and started Glow Leadership Incorporated. She now has the privilege of doing what she does best – coaching people to take back their power and create juicy abundant lives based in contribution and connection.Diane’s career has provided rich and diverse experiences as she has worked in the non-profit, automotive, retail and high tech industries. In addition to a Bachelor of Arts in Women’s Studies, she is a Certified Human Resources Professional and a CEVEY Business Leadership Coach. She has worked in organizations from 50-30,000 employees.Prior to joining the corporate world, Diane had an opportunity to travel as the first Canadian Chapter Consultant for Alpha Omicron Pi Women’s Fraternity. Working with college students and faculty advisors on post-secondary campuses across North America is where Diane developed her passion for inspiring others to be their best. Some of the campuses she visited include Western Ontario University, University of Chicago, University of Florida and Duke.Before leaving the corporate world she had the privilege of leading an exceptional team of fifteen Human Resources professionals in the four western provinces for one of Canada’s largest retail companies. In 2012 she was nominated by her team and selected as one of the top three finalists for the HRMA Human Resources Professional of the Year. Her areas of expertise include revolutionary corporate wellness programs, leadership development facilitation, culture strategy and coaching. She also leads several women’s group coaching tribes.In 2012 Diane launched her blog. She blogs about leadership, love and balance. Diane lives in Vancouver, British Columbia, Canada where she is also a dance and hockey mom, as well as an active volunteer in her community.
Buy $49.99